And So it began

"ONCE UPON A TIME"....there came along this little lump...insignificant really when you compare it to the entire world of lumps. That is, right up to the point that it wasn't...insignificant I mean............... and so began my journey.
A NEWER SHADE OF PINK...now I more then SURVIVE...I am learning to THRIVE...
OF COURSE... we all know things are bound to get a little crazy with a surprise around most every corner...not to mention an assortment of bumps and bruises along the way...but I am ever thankful for them all...they have all made me who I am. So buckle up, hold on tight and enjoy the ride thru what I lovingly refer to as LIFE

YET ANOTHER EPIPHANY...the Backstory Block

I am not kidding....this really was a HUGE epiphany for me.  I've thought long & hard over my resistance to actually sitting down & typing a blog entry over the last 5 months (believe me...I have written dozens...okay 5 or 6 at least) & I think it actually comes down to my over- ruling propensity with "the rest of the story" (thanks Andy Rooney) "the back story" & "the special features".  Anyone who really knows me knows that good or bad, there is RARELY a film that I don't spend time devouring the "special features"....good/bad/boring...doesn't matter...I just NEED to what/why/how things happened!!! Before & after or even during filming....all the back stories, what the actor discovered/created about who the character really was.  Now don't even get me started if the film is based on a "TRUE STORY/ACTUAL EVENTS" where I can do a bunch of digging ("research") on my own...OYE!!!  I just have this compunction to know what happened to them, where they are now & how they are doing since the end of the period covered in the film.  I know it looked like I went down a rabbit hole here....not true.  Now take all this new knowledge you have about me and apply it to this blog & my life over the last 5-6 months and you see how my HUGE issue I face.  At this point I am so "blogged" down with the these (back stories) past several months that I have been silenced by my own obsession. 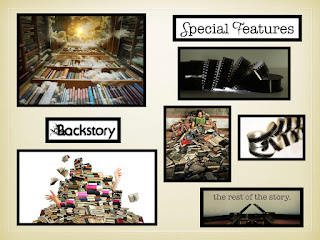 SOOOO...in an attempt to step out of my own snare, I am just gonna fill in the missing months (probably in a couple posts) in more of a "Highlight Reel" to get you caught up to where we are today.  It still feels very daunting to me but here goes...

- OFFICIALLY...I finished chemo Nov. 24!!!!  Sadly it was not quite the end of that blasted IV antibiotic that had been my constant companion since June 14th.  I did jump for joy cause a week later I had my LAST of 13 injections that followed each chemo.  For a needlefobe like me....that was by far the HARDEST challenge of this chemo treatment.  I really didn't suffer many of the effects from the chemo this time which could have been exacerbated by the IV treatment and made my life horribly miserable.  I completely give all the credit and gratitude to my Saviour who I KNOW stepped in and intervened on my behalf.  I am so humbled by His love and knowledge of me and willingness to step in and remove that part of this long journey for me.  My oncologist was just baffled that I wasn't feeling as horrid as she tried to prepare me for.  The ONLY effects (beside very mild nausea) I had to deal with was the mind numbing complete physical fatigue and the deep ache in my lower back and legs.  Don't get me wrong....I didn't know a body could get that exhausted!!!  (I still battle with that in spurts during every day....but I have learned to work around them). I am just so grateful that my toes are still pointing the right direction and that we caught this blasted little Troll again before he could dig in and do much damage.  We are all aware that we may not be so lucky next time...but I love and live every single day surrounded by the love and protection of my amazing VoR and my most amazing children along with great life-long friends.

Life just doesn't get any better than that....sigh

I more then just Survived...

I had Breast Cancer, but it did not get me. I did not relinquish control of my Life, my Future or my Faith to this. I refused to lose the giggle just under my surface or the twinkle in my eye & so you see, to me it really was "Just a little hint of Pink"!

Show Your Support-Grab A Badge!

With His light to ever guide me, I stand Brave and Strong with my Savior

The "Voice of Reason" (VoR)..."Empress of Awesomeness", the "Pragmatically Speaking" & "Random Wisdom"

& This is My Tree

Grab a spot of shade, and let me know you were here. ettamay.mail@gmail.com

For the most part these images are from random google searches. They have all touched me in some way and to them I have added some thoughts. Thank you to those artistically eyed folk who also in saw the beauty in these fleeting moments.